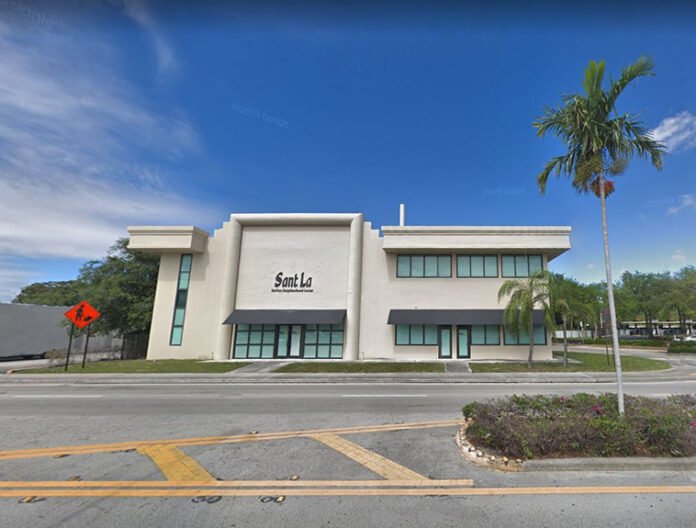 Sant La Haitian Neighborhood Center has helped Haitian Americans make South Florida their home for 20 years – and now it finally has a home of its own.

Although just announced, Bank of America and Sant La jointly executed transfer of ownership for a property located at 13450 West Dixie Highway in North Miami in late February. The assessed value of the circa-1977 building and its 64,077-square-foot lot is $1.9 million. Sant La’s new space is next to its current rented offices at 13390 West Dixie Highway.

The former Bank of America branch will become Sant La’s permanent headquarters later this year, following interior renovations to the 5,300-square-foot building. Two Bank of America drive-thru ATMs will continue to operate at the location for the next 10 years while Sant La’s 19 employees run the nonprofit’s multifaceted services from their new digs.

“We are deeply grateful for this gift, which ensures the long-term operational stability of Sant La through our commitment to empower, strengthen and uplift our Haitian community,” said Gepsie Metellus, Sant La executive director. “No longer impaired by the cost and uncertainty of renting a facility, we can focus on what we do best: serving Haitian Americans to ensure they successfully integrate into life in South Florida and thrive.”

“Bank of America has been a loyal partner for the past 20 years, embracing our work and demonstrating that our efforts were most worthy of its financial support,” added Herve Bony, Sant La board chairperson.

“Sant La exemplifies what it means to be a good community partner, which is why Bank of America is proud to donate a building for their operations and neighborhood center,” said Gene Schaefer, the bank’s Miami market president. “Sant La can now redirect its resources to further invest in the people they serve and advance their efforts in bridging equity gaps for our Haitian community.”