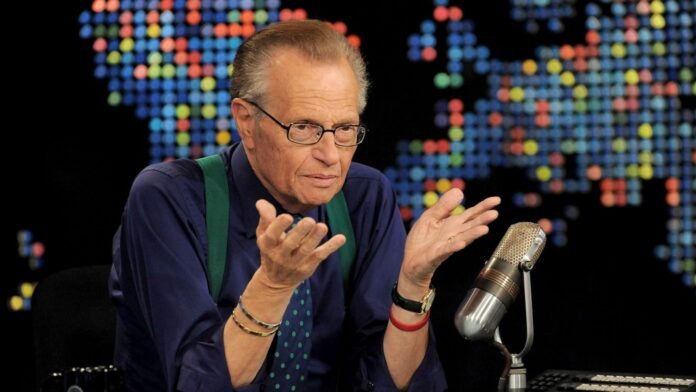 Larry King died Saturday morning at Cedars-Sinai Medical Center in Los Angeles, his network Ora Media reported in a statement. King has been hospitalized with a Covid-19 infection, but no cause of death was given.

Larry King hosted “Larry King Live” on CNN for 25 years. He interviewed celebrities and world leaders from 1985 through 2010. King spent about 63 years on the media and he dedicated his life to broadcasting.

King married 8 times to 7 different women and he is survived by three living children: Larry Jr., Chance and Cannon.