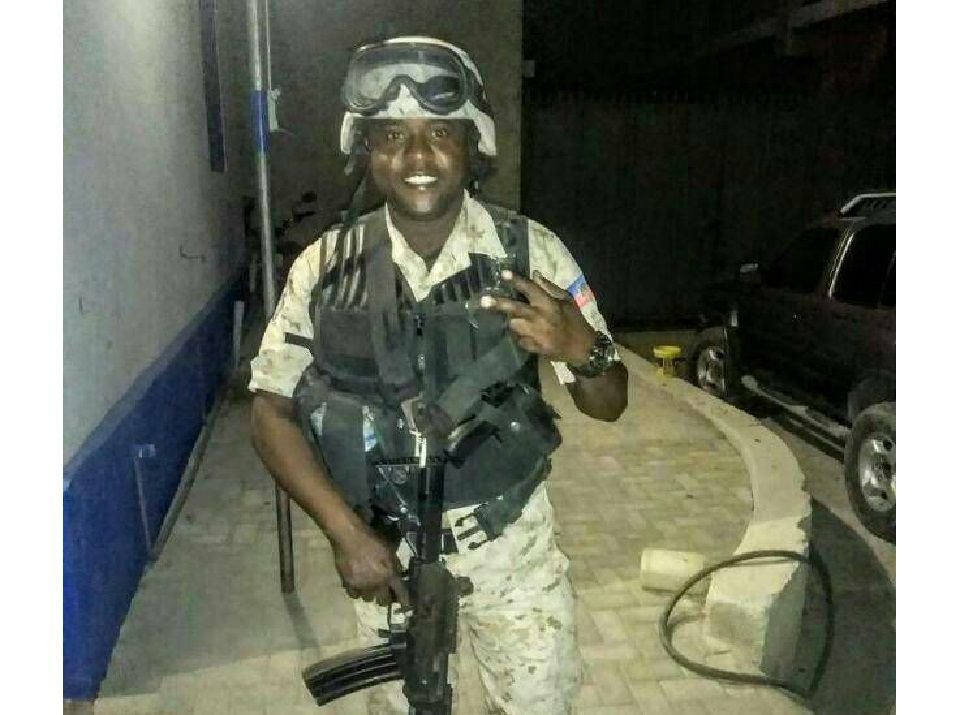 “As we recognize International Human Rights Day, the United States stands with innocent civilians around the globe who have been victims of violence and oppression,” said Deputy Secretary Justin G. Muzinich. “The United States also welcomes the growing ability of our partners to join us in targeting human rights abuses. Over the last few months, the United Kingdom and the European Union have each adopted new sanctions authorities, creating a powerful, global framework for targeting human rights abuses.”

Widespread violence and growing criminality by armed gangs in Haiti is bolstered by a judiciary that does not prosecute those responsible for attacks on civilians. These gangs, with the support of some Haitian politicians, repress political dissent in Port-au-Prince neighborhoods known to participate in anti-government demonstrations. In exchange for executing attacks designed to create instability and silence the Port-au-Prince population’s demands for improved living conditions, gangs receive money, political protection, and enough firearms to reportedly make them better armed than the Haitian National Police (HNP). In the November 2018 La Saline attack, at least 71 people were killed, over 400 houses were destroyed, and at least seven women were raped by armed gangs. Gangs removed victims, including children, from their homes to be executed and then dragged them into the streets where their bodies were burned, dismembered, and fed to animals.

While serving as an HNP officer, Jimmy Cherizier (Cherizier) planned and participated in the 2018 La Saline attack. Cherizier is now one of Haiti’s most influential gang leaders and leads an alliance of nine Haitian gangs known as the “G9 alliance.” Throughout 2018 and 2019, Cherizier led armed groups in coordinated, brutal attacks in Port-au-Prince neighborhoods. Most recently, in May 2020, Cherizier led armed gangs in a five-day attack in multiple Port-au-Prince neighborhoods in which civilians were killed and houses were set on fire.

Fednel Monchery (Monchery) was the Director General of the Ministry of the Interior and Local Authorities and, while serving in this role, participated in the planning of La Saline. Monchery supplied weapons and state vehicles to members of armed gangs who perpetrated the attack. Monchery also attended a meeting during which La Saline was planned and where weapons were distributed to the perpetrators of the attack.

Joseph Pierre Richard Duplan (Duplan), who was President Jovenel Moïse’s Departmental Delegate at the time of La Saline, is accused of being the “intellectual architect” and was seen discussing the attack with armed gang members in the La Saline neighborhood during the violence. Duplan provided firearms and HNP uniforms to armed gang members who participated in the killings. Duplan also attended a meeting during which La Saline was planned and where weapons were distributed to the perpetrators of the attack.

Cherizier, Monchery, and Duplan are designated pursuant to the Global Magnitsky E.O. for being foreign persons responsible for or complicit in, or having directly or indirectly engaged in, serious human rights abuse.

As a result of today’s action, all property and interests in property of the persons above that are in the United States or in the possession or control of U.S. persons are blocked and must be reported to OFAC. In addition, any entities that are owned, directly or indirectly, 50 percent or more by one or more blocked persons are also blocked. Unless authorized by a general or specific license issued by OFAC, or otherwise exempt, OFAC’s regulations generally prohibit all transactions by U.S. persons or within (or transiting) the United States that involve any property or interests in property of designated or otherwise blocked persons. The prohibitions include the making of any contribution or provision of funds, goods, or services by, to, or for the benefit of any blocked person or the receipt of any contribution or provision of funds, goods, or services from any such person.